And the fall came suddenly!! it is coming like this every year! 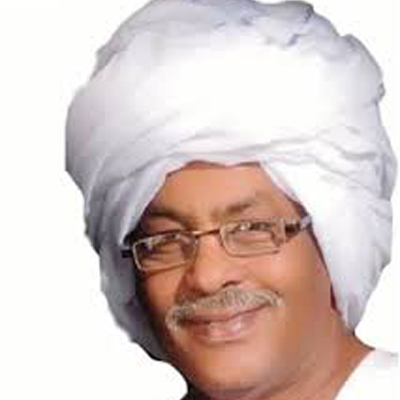 This is the title of an article that Abdullah has published annually since the era of (Al-Makhloua), specifically since the fall of 2009. For throughout all these years autumn was coming and the rains came and revealed false statements of the officials (at the time) about completing the preparations in preparation for the fall and setting plans and hedges to meet him.

And every year we were surprised that what the officials (in Hatta) made and what happens (in Hatta Tani) completely, and that there are no preparations, no preparations, and no grief, despite the officials ’assertion that they have held coordination meetings that included all the relevant authorities in which all issues were discussed. Of the fall, including the problems of water drains and flooded lands!

The revolution came and I was thinking that (the situation h will change) and if things are the same things (and the Heathrow break in Bakaana), but other fractions have been added to it and that (autumn) comes as it was) so we came (and that the rains as we promised them on the days of the deposed are transformed from good rains and blessing To an instrument of mass destruction that terrorizes citizens and destroys their homes, properties and even their lives.

Why does the situation remain the same for many years, even after (regime change?), And why did the localities fail to (arrange their conditions) to cope with the rains this year (keep you from the last years)? Where do the revenues of these localities, which you (milked) from the fleeing citizens go? Where are the taxes of all kinds, fees in forms and hallmarks in all their colors? Where does all this (billion) revenue go and where is it spent?

Rather, where do the financial resources allocated to implement the (autumn) response equipment go? And is it not perplexing that it is a mystery that this repeated annual series (B Dabanto) continues for decades and does not stop with officials much and does not deal with it seriously that is compatible with the (catastrophic) left behind and the quantities of terror and fear experienced by families not only in the peripheral areas but also In the text (the capital itself)!

Why does this annual series (Honorable Passage) pass every year despite the death, drowning, and collapsed houses left behind .. Where is the difficulty in dealing with this matter? Is not this a priority that the necessary resources are supposed to be directed to in a country that exceeds the price of the vehicle allocated for transporting the (governor) or (approved) in it (such a billion)? !

What is the wisdom then that (Nshil Wali) and (Naguib Wali) if all the governors from the bad mention of the salvation until the government of the (transitional) revolution do not have scientific programs studied to solve this dilemma (for example) that has become troubling the beds of the simple every year?

The torrent has reached a trickle (the truth is not metaphorically) and the time has come for the government to take this matter more seriously and to reconsider those who bear this responsibility, which they were unable to carry out its duties, because the matter has exceeded (faltering mule in Iraq) to the death of (citizens) annually due to this. Indifference .. Then is it not strange that everyone (is fighting) for power and their preoccupation is reaching the chairs of government in a country that is threatened by torrential rains and rain annually and standing before them helplessly and (one rain is blowing) .. Rise to your homeland, God guides you!

Fraction:
The strange thing is that the officials are examining each year, the victims !!

What is the news of the five million dollars that al-Bashir said he handed over to Abd al-Hayy Shenowooo?
Retribution news from the perpetrators of the massacre, what is it?
Heathrow file news? (The crumb will not stop until we see them in the jail)
News of the trial of the assassins of the martyr, Professor Ahmed Al-Khair. (The break will not stop until after implementation)